Yousef Al-Habshi is an Emirati photographer specializing in “macro” and “micro” photography. He procured his first camera in 2010 and since that time gravitated toward macro photography.

Al-Habshi won numerous local and international awards, including many international gold medals. Most notably, he won first place for two consecutive years (2012 & 2013) at the Emirates International Photography Contest. His recent achievements include first place and a gold medal at the Sharjah Arabian Photo, macro division, and being honored by His Highness Sheikh Dr. Sultan bin Mohammed Al Qasimi, Ruler of Sharjah.

At the international level, Al-Habshi was able to win the first place in the scientific competition and specialized in micro-photography “Nikon Small Worlds” as the first Arab and Emirati to win this prestigious competition since its inception in 1975.

In the exhibition, Al-Habshi organized a series of individual and joint exhibitions, the most important of which was his first scientific photographic exhibition, in cooperation with the University of New York Abu Dhabi 2016, in the presence of Professor Claude, who covered the scientific part of the composition and characteristics of the composite eyes.

The latest exhibition in which Al Habshi participated was for “The Unseen”, which was held at the Manarat Al Saadiyat in Sep 2019 in Abu Dhabi.

From the scientific side, Al-Habshi has made available some of his images of insects and their parts to several foreign universities for the purpose of performing new scientific projects and specialized studies. He has also provided specialized studies students with a set of these works for the purpose of academic research and graduation projects.

National Geographic Al Arabiya Magazine, a major media platform, has continuously cooperated with Al-Habshi since 2016. Following their publication, the magazine used his photographs as the main content for their 2016 calendar.

His photographs have been featured in several local newspapers, as well as specialized photography magazines around the world. Additionally, they’ve been published in magazines focused on spreading awareness about agricultural pests and their negative impact. 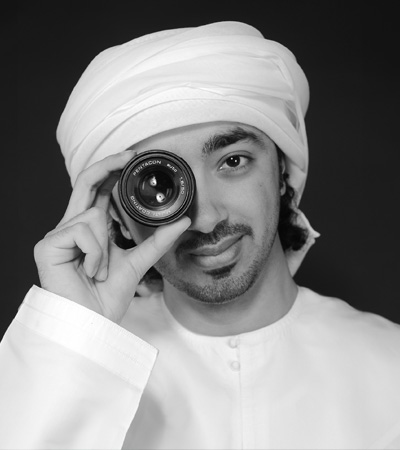