Born in India and trained at Edinburgh College of Art in the late ’60s, and at Hornsey College of Art London, (at that time a centre for new thinking in visual education). George later studied for his Master’s Degree in educational theory and philosophy at University of Edinburgh, examining theories that underlie the teaching of art practice.

He lectured at ECA for many years, latterly as Director of its Centre for Continuing Studies, inaugurating Master Classess at the Miro Foundation, Mallorca, working for the British Council in India and Korea, and as a visiting professor in France, China, Japan and UAE.

He teaches an annual semester as Visiting Professor at the University of Central Florida. He has taught Life Drawing and Anatomy at University of Edinburgh Medical School, the Royal College of Surgeons, and the Royal Drawing School, London.

He is a Member of the Royal Scottish Academy and lives and paints in his Scottish Borders studio. 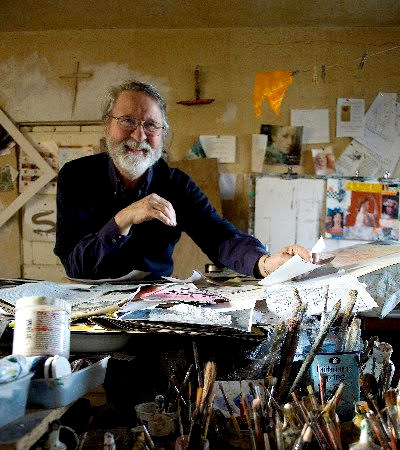